Hi,
I tried to use go 1.17 which has been recently released on my windows 10 laptop.

I installed go 1.17 with .msi installer which I downloaded from https://golang.org/dl/

And I got a malware report from windows 10 defender as the attached screenshot. 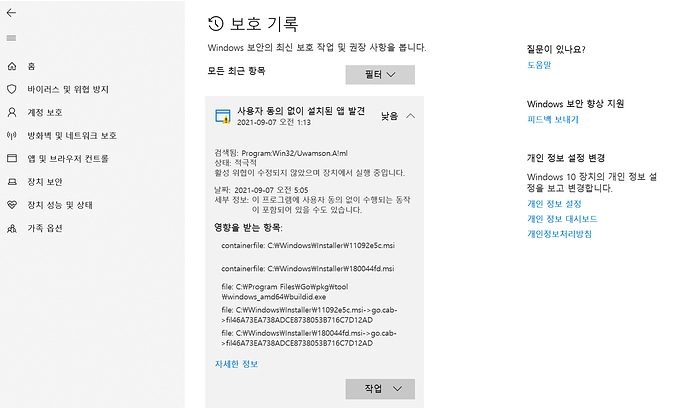 I reinstalled the compiler, let windows 10 defender full scan and it caught the malware.

I removed installed go 1.17, I downloaded the go 1.17 .msi again, installed the compiler with new .msi and I tried the full scan again, I got the same result.

I removed the go 1.17 and installed go 1.16 and tried the full scan, the windows defender said “safe”.

I think it might be security issue and I report what I found.

I believe there was a similar ticket raised in https://github.com/golang/go/issues/47807. The ticket described the incident as false positive as long as you’re downloading from official site and checksum your downloaded package.