Why the Iranians have blocked?

Why the Iranians have blocked?
Is free and open source language golang?

golang.org is hosted by Google. Google is a US company following the US embargoes:

Try using a proxy or VPN

Except that those are hosted at Digital Ocean in the USA, so it is unclear how they would help with the embargo.

My guess is that google’s lawyers determined that golang.org was covered by the terms of the embargo and that access should not be allowed from embargoed countries.

I don’t know what the legal liability is for running those proxies, I just heard they were accessible from Iran.

It’s possible to browse golang.org from Iran, also the download page (I skip the screenshots). But it’s forbidden to actually download Go binary:

This very website times-out (as quora, a blocking technique): 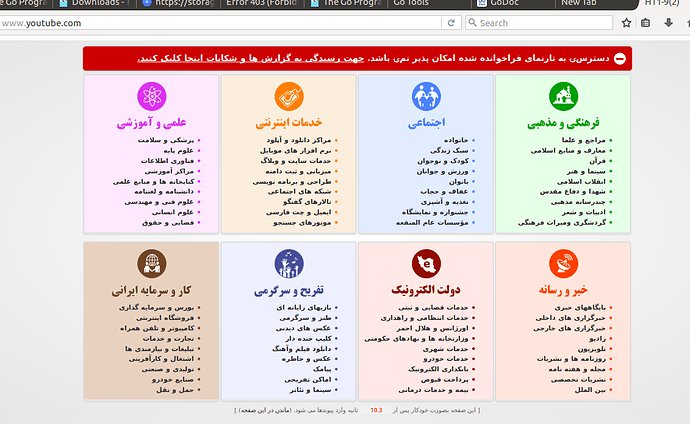 And so on and so forth.

The most hilarious one is chrome which is forbidden on Ubuntu (16.04) but it is available for Windows (including updates).

Developers at Iran pretty much have to always use some sort of unblocking software (VPN, proxies, tunnel things etc etc) because bannings come from both sides.