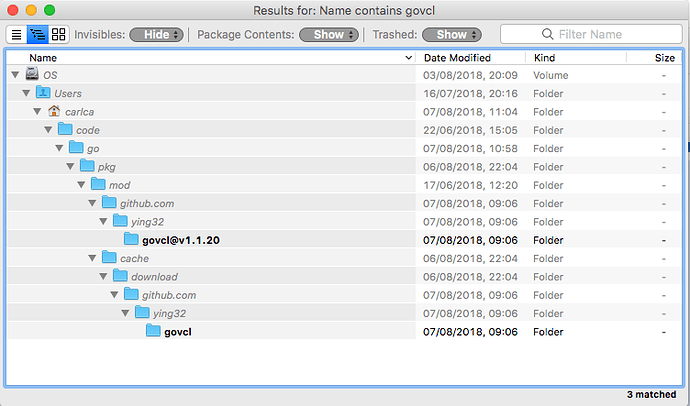 Okay, clearly this is the “Modules” thing doing its thing, I thought.

So I then created a test go app, outside of my GOPATH, since this is allowed with “Modules”.

I put it in ~/code/go/test/govcl. I also created a .mod file by typing go mod init github.com/ying32/govcl.

This created a .mod file with the following contents…

However, when I try to build the app with go run main.go I get the following error message…

I’ve checked and the folder go/pkg/mod/github.com/ying32/govcl@v1.1.20/vcl is there. Do I need to amend my go.mod file to take account of the version information? I would have expected Go to take care of these kinds of details. It’s certainly not as painless as I would have hoped unless I’m missing something very obvious.

Can anyone shed some light on this? Thanks!