Hey there. Is there any way to build a GUI application without using GTK?

I recently came across Gotron, which is based on Electron (the Chromium-based platform used by Atom and Visual Studio Code). See also the Electron homepage and Awesome Electron for more examples.

Another interesting project is Gallium that also aims to be platform independent, but it is still in an early stage with support for macOS only.

Depending on your requirements, a Text-Based UI might be an interesting alternative.

UPDATE: This one, simply called “ui”, also looks quite interesting. It is based on a cross-platform C library (and hence needs a cgo-enabled environment but does not require a GUI framework like GTK or QT to be installed).

If you like using Qt, github.com/therecipe/qt is pretty cool

What do you guys think of that library gotk3, binding GO with GTK3+? Worth it?

I mean that one; 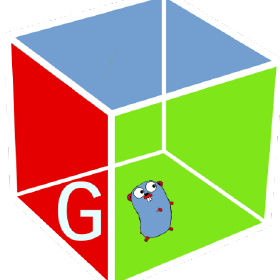 If you familiar with wxWidgets, can look on wxGo.

Unfortunately gxui is no longer maintained, but you can still use it for fun.