So I’ve built a an OpenGL game in Go with gomobile and made it work on Android. But there has been so many gotchas and work-arounds to make everything work. And I still have issues that I need to solve. So first of all I wonder what the actual status is of gomobile, if anyone knows. Is it abandon or still worked on?

I would also like to know if someone has a guide how to make everything work as it should when it comes to using gomobile init -openal <dir> and gomobile bind etc. Is it supposed to work with latest NDK?

Some of the issues I’ve experienced:

What is the exact way of making this build properly without modifying the gomobile?

To work-around the APK part and make an AAB, I’ve tried to look into using gomobile bind, but that fails as well as it requires OpenAL and that can be build without my workaround.

I’ve looked into issues, both closed and open, on github for gomobile, but most issues mentioned these things are still open and/or unresolved. Google doesn’t really help either so I hope someone here on the forum have any hints.

So to sum up my rant;

the mobile package is an active but experimental project (you can read about this in the project readme). 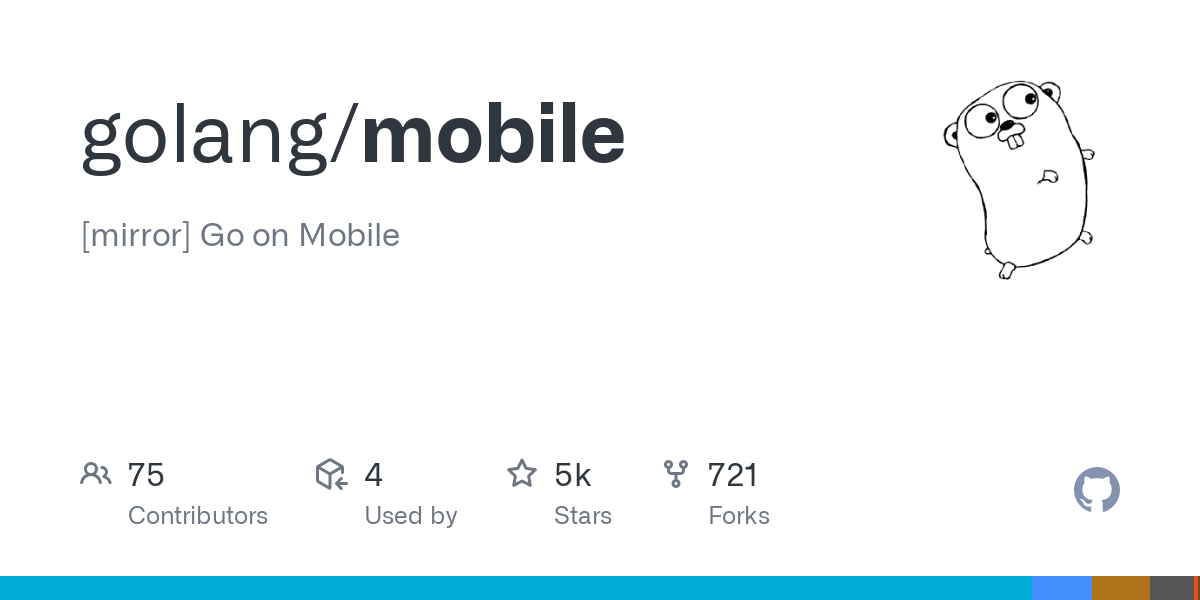 [mirror] Go on Mobile. Contribute to golang/mobile development by creating an account on GitHub.

commits in the project (last 21 days)