With the acquisition of Github by Microsoft this week,
I wanted to left Github for Gitlab, but nobody is on gitlab so nobody will see my repo ?

What do you think about it ?

Do you have any idea about how people can see my repo if I go to gitlab ?

people are moving to gitlab. that makes no sense!

And I think,
people who are moving to gitlab, doesn’t have any good reason that makes sense.

Why should I even bother about it?

Who cares about the owner?

Did they know the name of the founders of github before yesterday?

Self host your code using Gitea.

Relax. The acquisition won’t happen for six months or so, see if you still feel the same then and what the community has decided in the meantime. Personally I think Microsoft will be a fine steward and we have nothing more to worry about than we had yesterday. Less, in fact, as now GitHub actually has stable financing.

Wait no one else pays for github? lol

I prefer gitlab over GitHub for ages, mostly because CI is actually a native part of the service and not something external as with GitHub and Travis. Also it’s much more flexible as one can use arbitrary docker images for running the tests.

You even get a project specific docker registry at gitlab.

Even more important for me is, that I can click a button in an issue and a MR with branch is created automatically, I just need to pull and can work.

Last but not least I like that issues and MRs have distinct numbering and are distinguished by prefixing with either # for issues or ! for MRs.

As a failsafe, you can host on both sites, and have one be the default with the other being an old clone/mirror. e.g. on the old one, add link in README and description/title to point to the active repo. That way, whichever one becomes obsolete/deprecated, users will still be able to find your repo.

Though of course, that’s different for go get of your package, but at least in terms of browsing for it on the web, it’s “findable”.

I think the Github is not an opensource project, but we use it, We need a platform why we bother the owners

Don’t believe everything you see on the internet,

According to GitLab wikipedia

In June 2018, the acquisition of competitor GitHub by Microsoft caused a migration of over 250,000 projects to GitLab, validated through twitter

GitLab is providing assistance and discount on moving to GitLab #movingtogitlab. 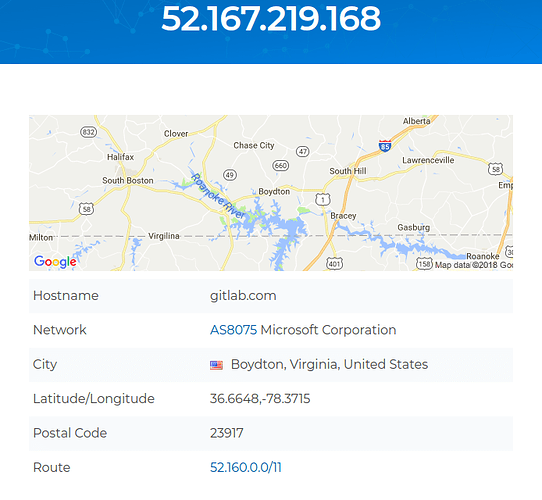