Get 'release' output in the Visual Studio Code Editor

What do you mean by release output? 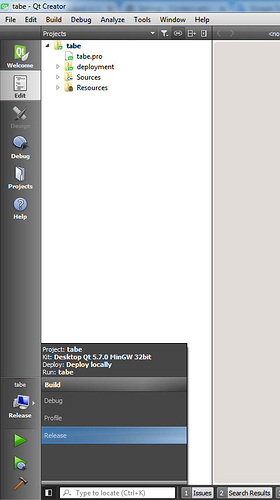 it has already been discussed:
link

The debug button is for interactive debugging, it is not designed to build a debug build (though it does so as a side effect).

I use than what editor for “release”?

in this case Is the release Output?

Because i want to work with go-qml.

Assuming qt is installed, go build is still the answer.

I just tried (and failed) to build an old project that uses gopkg.in/qml.v1. I think it last worked in December 2014, which according to my timeline was mostly developed with go1.3.x.

There are open issues stating that go-qml is broken with go 1.5, 1.6, and 1.7 along with other build problems. From the readme it appears that go-qml works with qt5.1.1.

In short, do not expect go-qml to work without significant effort.