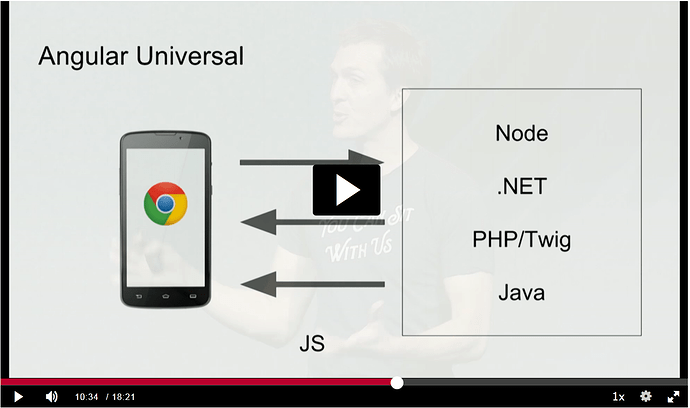 Do you know if Angular Universal is working with Go? Thanks.

I was wondering about the advantages of using Angular 2 with Go over net/http, Gorilla, Revel and others.

One is a client side Javascript framework, the others are HTTP server routers/frameworks/whatever for the Go side?

I believe that Angular Universal can be on the server-side, rendering for Angular 2 apps. Angular 2 also for mobile and desktop.

But I am not sure how this would finally fit with Go. It´s like mixing node.js with Go in the server side.