I found a GO program that has one feature I really need. It “kills redundant code, and just tries to make Grbl and the router waste less time”. 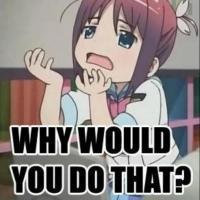 CNC tool in Go. Contribute to kennylevinsen/gocnc development by creating an account on GitHub.

I need to eliminate redundant code. One company I’m doing work for has very old machines with limited memory and no decimal points allowed therefore having extra code gets to be a challenge to clean-up on large programs. I’m attaching some simple examples for your reference.

Example code noted below is to show the before and after G-CODE going at a two different angles. One "multiple straight line move " is at zero degrees and the other one at a 45 degrees angle to better explain my issue.

That sounds neat, but at least I don’t speak G-code and it’s not super clear to me what you need help with (optimizing away redundant moves, yes, but something specific in terms of Go?).

changed 7 files with 44 additions and 30 deletions.

Original “Staight line Coordinates” have intermediate coordinates that are not needed to make a straight line:

Eliminating those extra moves helps save memory for these old machines. To make a straight line I only need the start and end point therefore the need to get rid of any extra “Straight Line Coordinate” moves not needed on large programs:

I would like to thank you all for your interest in helping out. I’m glad I searched around and found this site. It’s awesome having forums like this. I will definitely take some of the GO training classes offered on this community after I finish with the project I’m working on.