Based on The Convergence, Gopei shell 1.7 bring two powerful functionalities

The project can be founded here. See on wiki how to use it.

This cloud tool concept is based on replication and quick deploy of the golang projects from local machine to remote machines (Linux/Unix desktops,servers or Macs) only through ssh. No other tools no other rules. Has no versioning because it’s a final deploy tool, for versioning is github or else.

Quantum Teleporter has a set of primitives but most important are init,teleport and deploy wich transfer the compiled project, run and add to startup on the remote machine.

Let’s say i work on my Linux machine a web service in LiteIDE, i can compile cross for darwin for example, init a connection with a Mac through a given ip,user and password, teleport on this Mac (push and run remote) and deploy (push, run and add to startup). After restart remote machine will run the deployed web service.

Also, many scenarious are posible between machines and operating systems.

Quantum Teleporter is functional but still alfa release, any bugs founded, sugestions, feedback will be apreciated.

i know, i also hate this frequent changes… 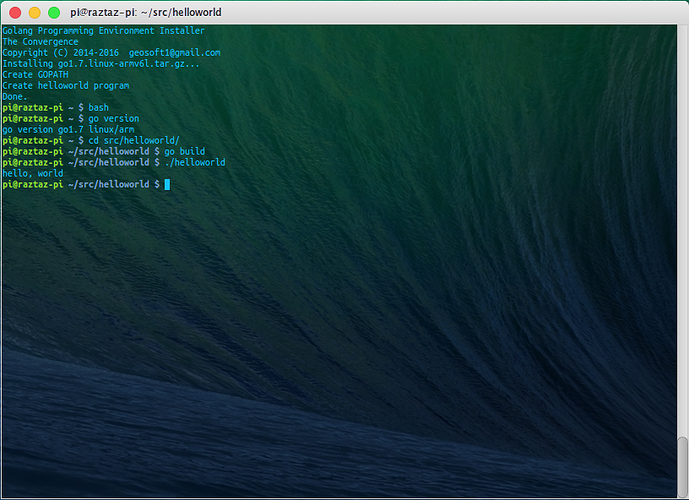 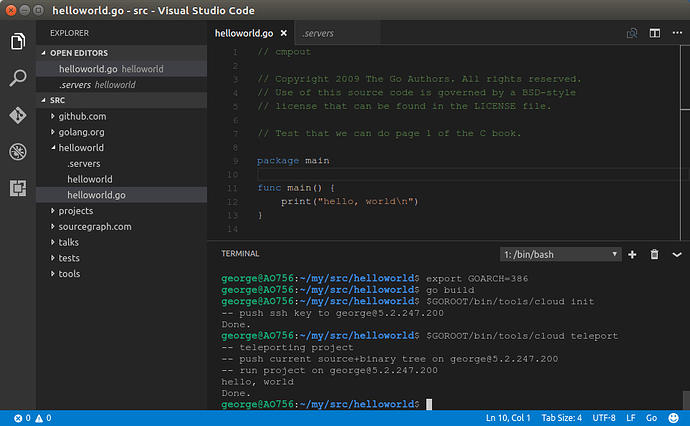