Gopei 1.0.5.1 is out. What is new? Some code refactory and the new get command to simplify installing of some useful programs. Is not need to remember some complicate commands and repository names when reinstall, delete them or periodicaly update at last version

. It’s almost like the aliases but linked with LiteIDE.
Other repositories can be (and will be) added. 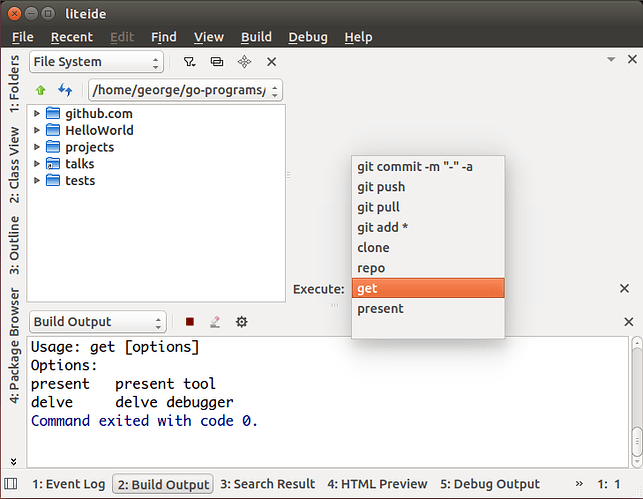 Plans for 1.0.6 include working in cloud and that is really cool